You may already know that Final Fantasy soon to be launched on June 20, 2017, regarding two new jobs-Red Mage as well as Samurai have been announced by Square Enix, more details, 4gil.com can show more for you or you can visit our official website: https://www.ffxiv4gil.com/. 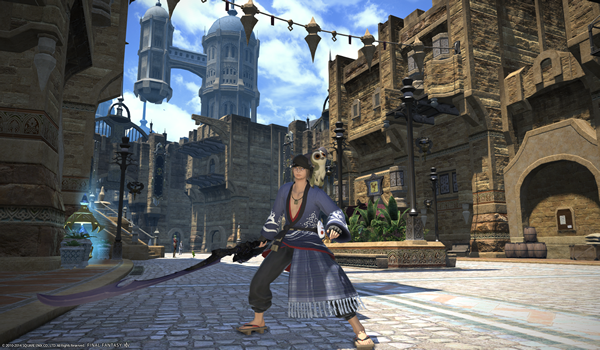 The aforementioned the new job, and at Frankfurt’s Final Fantasy XIV FanFest keynote, it was revealed more details, at the same time, Stormblood will introduce a new continent to the far east (presumably the home of the samurai). There’ll be a new player city, too: Kugane, with a style that recalls ancient Japan.

Assumption that you are dedicated to be a Samurai, in this case, your mainly weapon will be the katana, which you’ll use in conjunction with its saya (or scabbard). With no base class, samurai will start at level 50, they’ll also use the same armour as monks, if you have any of that lying about.

The forthcoming Stormblood expansion of Final Fantasy XIV, more gamers are keeping a closer eye on its more latest content, in accordance to Director Naoki Yoshida announced, the first Job-Red Mage that will be released with upcoming expansion titled stormblood. The announcement was welcomed by loud cheering from the audience, as a matter of fact, Red Mage is one of the most beloved classic job of the Final Fantasy series.