How To Build Infinite Sword Swinger In Albion Online

In order to make a wonderful melee build that specialized in dealing tons of damage in melee combat, a Albion Online player, xOrgy create a strong Infinite Sword Swinger build that offering diversity from solo PvE up to large scale PvP skirmishes in the open world with the same equipment. The low energy costs of this build’s abilities allow players keep fighting non-stop while being able to permanently outmaneuver your opponent’s attacks.

XOrgy’s Infinite Sword Swinger building specialize in damage and mobility while being durable enough to survive just until his healer is available again. And the variant of the build is specialized in small-scale group fights and GvGs while it allows for an efficient time when solo grinding. The core of the build is a well-balanced weapon, the Clarent Blade which offers decent sustained damage, high mobility, and a potent area nuke. 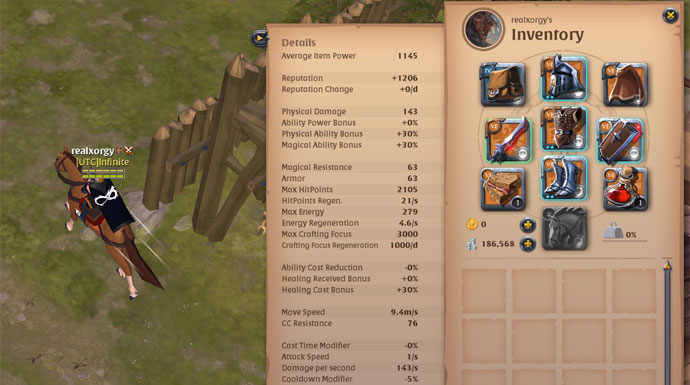 Heroic Strike – Deals physical damage. Also applies a Heroic Charge on you: each charge increases your movement speed by 10% for 6 seconds (stacks up to 3 times). The Heroic Charges you gain from Heroic Strike are not only used to boost your Mighty Swing’s damage but also allow you to keep up with your targets while having an easier time dodging their attacks. Never forget that your basic movement speed is greatly enhanced through your Heroic Charges. This means you are a lot more mobile than most other people. Use this to your advantage and never stop moving! Your enemies will miss a lot of their attacks and will be constantly forced to reposition. Always animation cancel auto attacks with Heroic Strike, to maximize your damage output. For every two auto attacks, you can generate one charge. This will add additional pressure on the enemy healer and will keep your charges stacked.

Mighty Swing – Deals physical damage to all enemies around you in a 6 meter radius. Damage scales depending on the number of Heroic Charges active on you and consumes all your Heroic Charges.

Passive: Deep Cuts – Every 4 normal attacks, you inflict a bleeding on the enemy. This deals additional damage over time.

Variant: Against a team that has a lot of casters, you can swap out your Hamstring/Iron Will for Interrupt to counter your enemies’ casts with a low cooldown. 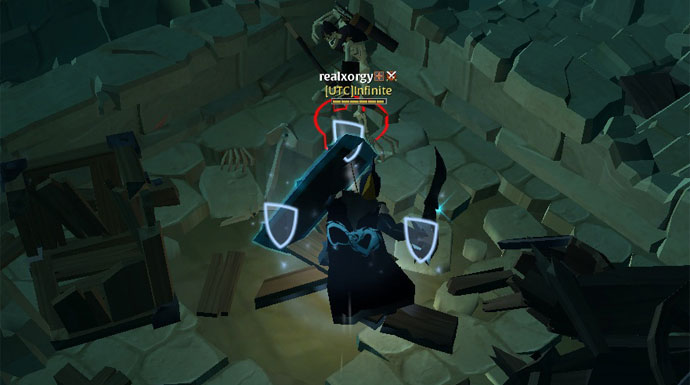 Stone Skin – Reduces damage received, at the expense of also reducing your damage and healpower for a short amount of time. Stone Skin is a well-balanced defensive ability. It allows you to mitigate a lot of the incoming damage on you without taking any of your mobility and on top, you are still able to attack your target. But keep in mind, unlike other abilities you are not invulnerable! Sometimes, using Stone Skin right of the bet is the best way to avoid a large amount of damage especially when you know that your enemies have their abilities ready for you.

Ambush – Turn invisible for a short period of time. Your first attack out of invisibility will deal increased damage, the longer you stay invisible the higher the damage buff. Attacking or casting breaks the invisibility. You will also become visible if you move too far away from the activation spot. Ambush can be used defensively and offensively. When being focused by the enemies or caught off guard you can Ambush to slip away unharmed. Offensively used, Ambush not only lets you approach the enemies backline directly, but if timed correctly with your Heroic Charges and Mighty Swing, you can deal devastating damage to your surrounding targets.

Passive: Quick Thinker (Tier 5+) – All cooldown times are reduced. Quick Thinker as a passive increases your charge generation and reduces the time between your nukes.

Shield Charge – Charge toward a target (ally or enemy). After the charge, you apply a shield on yourself and allies in close proximity that absorbs damage. Shield Charge is a powerful tool to engage your enemies, but it also allows you to support your allies survive in situations where your healer is occupied. You can use Shield Charge to close larger gaps with the help of your allies. This allows for easy off guard catches! Once your group member uses their gap closer on the enemies’ backline you can use Shield Charge on them to follow their lead. This will not only allow the two of you to directly engage the enemy, but also shields both of you. 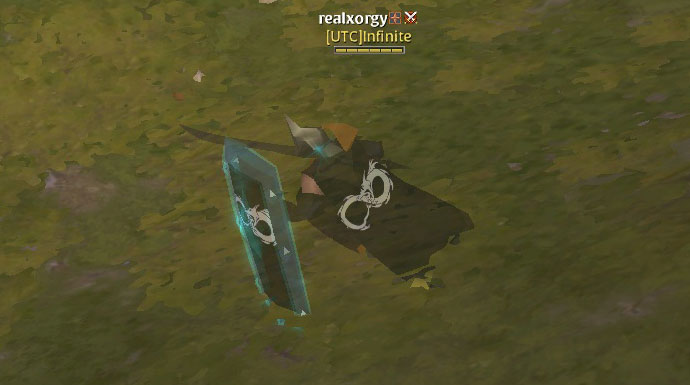 Both consumables are chosen to increase your efficient life pool. More life simply means you can take and deal more damage before you need to pull back.

Sandwich – Increases your maximum health. Alternative food: For PvE, Stew can be used to increase your damage and thus allowing faster dungeon clearing.

Major Healing Potion – Regenerates a percentage of your total health over time. Alternative potion: Against enemies with a lot of CC (crowd control) Cleansing Potion can be used to outplay them.

According to the original text, all you need is to switch out your skills depending on the task at hand and with the right group setup, you can even function as a tank in dungeons. Keep this in mind that while the Infinite Sword Swinger offers a lot of mobility and raw damage, you don’t have any kind of hard CC.

Do you have other good opinions of better Clarent Blade build? If the answer is yes, share your thoughts in the Albion Online Forums. Get more news from our website: www.upalbion.com. It sells cheap albion online gold.