PVP is welcomed by many people in Classic WOW, especially the opening of the second stage, which has made the PVP in the field more and more popular. Today U4gm is going to share with you the battle experience of Undead Demonology-WarlockPVP, which only represents my personal opinion. If you have better suggestions, welcome to leave a message!

The battle experience here requires two premises:
1. The equipment levels are the same. Even if there is a gap, do not differ too much.
2. The opponent does not intentionally wear Shadow Resist equipment.

If the equipment levels of the two sides are too different, the opponent can quickly kill you; if the opponent wears Shadow Resist gear deliberately, the battle will be fierce. If the opponent’s damage is not significant, your chance of winning is still huge, but this has lost the comparison Meaning.

Secondly, the problem of Warlock’s short legs can solve with a bottle of ‘Swiftness Potion.’ Using Swiftness Potion as a skill, the two-minute cooling time is also very convenient to use.

Finally, after the enemy’s corpse holds Warlock, Death Coil can change the battle situation. Other professions are as uncomfortable as being held by the body. Druid and Rogue will be better, but there is no guarantee that the battle will change by 100%.

In the end, the Communication Signet of any profession cannot dissolve Death Coil.

U4gm recommends taking Felhound when fighting other professions, and the purpose is to practice the survivability in the wild and prepare for the future battlefield.

Warlock PVP Tips
1. Warlock VS Warrior: Fix Felhound in place, and do not let Warrior use Charge, then use Curse of Agony and Corruption on Warrior, and then start to draw the life of Warrior.

Don’t forget to use Death Coil and Immolate. When your health is below 70%, use Healthstone, Curse of Agony and Corruption to replenish it immediately, and then continue to draw the Warrior’s health.

If Warrior uses Fear for you, use Will of the Forsaken to release Fear immediately. If it is a battle between the same faction, arrange the location of Felhound a little farther, let Warrior charge first, and then go through the above process again. Felhound’s responsibility is to share the damage.

There are two points to note: first of all, the health value cannot be lower than 20%. Otherwise, Warrior will use Execute for you, and secondly, you must stand in place, and it will waste blood-sucking time to move.

2. Warlock VS Hunter: Use Curse of Agony and Corruption on Hunter, let Felhound attack Hunter, and use Curse of Weakness, Grenade, and Fear skills on Hunter’s pet. When your health is below 80%, use Death Coil and Immolate for Hunter, use Healthstone when it is below 50%, and use Hunter’s health if you have a chance.

Hunter has no chance to kill Felhound. Felhound will stay close to Hunter. If he steps on Hunter’s trap, he waits for the trap time to end. If Hunter uses Feign Death, he re-enters DOT and lets Felhound continue to hit Hunter. In many cases, running Hunter does not require the use of Healthstone. 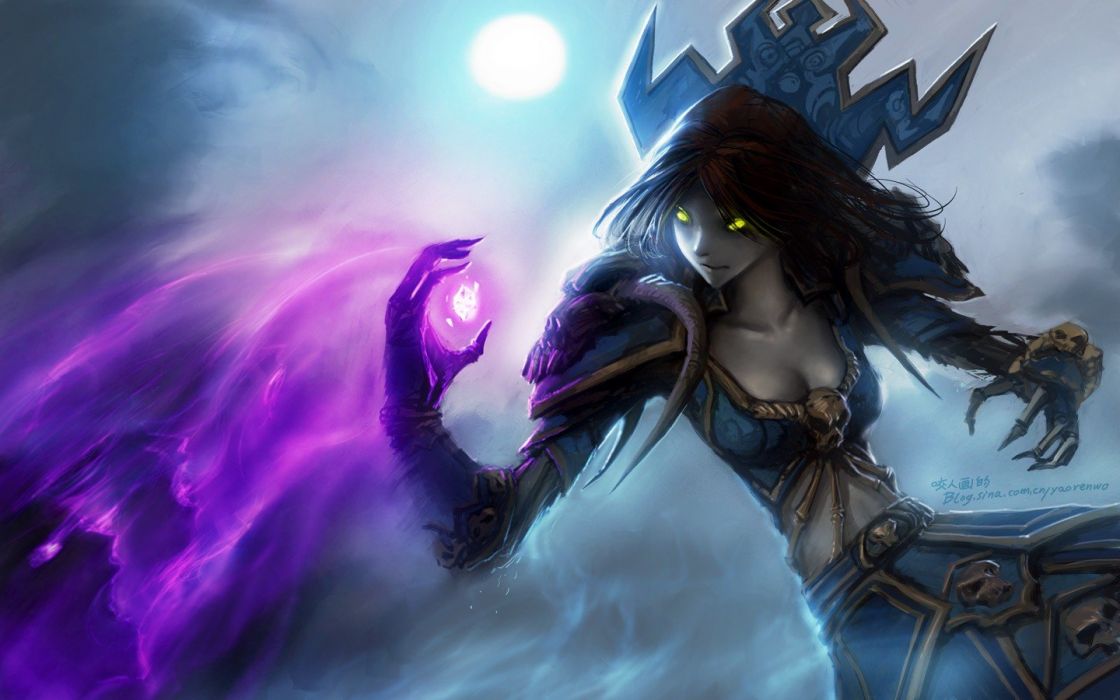 3. Warlock VS Shaman battle, starting with Curse of Agony and Corruption, without immediate replenishment, Felhound’s Devour Magic is set to automatic mode. Before using Death Coil, you must have an instant or strong anti-Shaman, the purpose is In order not to let Death Coil fall to the foundation, Immolate should use. When FearShaman reads the article, be sure to let Felhound first kill Tremor Totem. This skill can be a macro. The point to note is that the foundation must destroy with instant magic, Tremor Totem must destroy, and still do not move casually.

Inexperienced players, do not rely on their imagination to judge, the method that has practice and the technique that is guessed out, experienced people can see the difference between the two at a glance.

Warlock has the Fear skill, but this skill did not use on Rogue, Warrior, Hunter, Mage. The only one who will use Fear is probably Druid.

At present, in addition to Druid, other professions are very likely to win Demonology-Warlock. Druid may play less. It is impossible to think of any way for Druid to win Warlock. A Silence skill can solve the problem at a critical moment.

If you are preparing for the battlefield in the future, U4gm recommends that you only bring Felhound during the battle, and do not change your equipment at will. There is no way to exchange material in the battlefield. The result is DeathDeath. Faster, the most commonly used prop, is the iron grenade. U4gm has introduced it in detail in previous articles.

If you want to achieve great achievements in PVP, you must consume a lot of WOW Classic PVP Gold.